C – My parents and brother used to trick me into eating chicken liver. 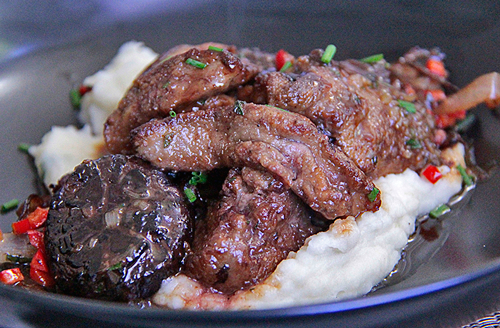 My parents would tell me it’s good for me. It has iron in it. It would make me grow strong and healthy. My brother, on the other hand, would say it’s one of the rarest parts of the chicken. I would have to fight him for it. He would be the healthiest and the strongest because he ate this stuff. 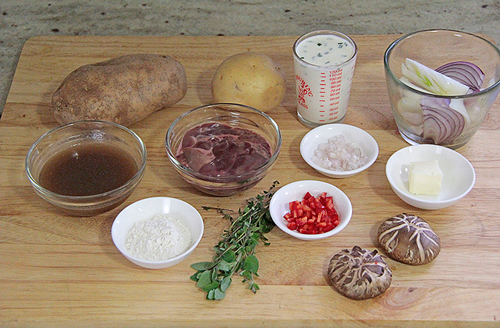 Being siblings and having sibling rivalry, he would always make me fight for the liver. Even if I didn’t like it. Of course, he would let me win most of the time. If he let me win all of the time, I would have been wise to his trick.

I hated liver when I was growing up! It had a weird iron taste. The taste would linger in my mouth for a while. And, it had a strange mushy, grainy texture that was also bad.

But, after awhile, my taste buds changed. Liver was good tasting and it had a unique texture. Yeah, maybe I was stronger and healthier for eating it.

When Irish week came a long, I found out one of the traditional dishes was liver and onions. Since we had a lot of duck liver in the freezer, it was time to use them. Luke made this wonderful dish. I was surprised at how good it tasted.

Soaking the liver in milk overnight really helped make the livers have less of an iron taste. Duck liver has a different texture than chicken liver. It also might be the way Luke cooked them. He dredged them in flour and didn’t cook them for too long.

Just a few minutes and he was done. Ready to serve. I think I was use to them being overcooked and grainy. So. this is what liver could taste like. Wow!

Of course, Luke made liver even more appetizing with a lot of flavors added to the dish. It wasn’t just liver. Onions, mushrooms and peppers on top of pureed potatoes. A wonderful dish.

The liver tasted like meat with wonderful sides along with it. Luke really out did himself. I liked it and wish he made more. 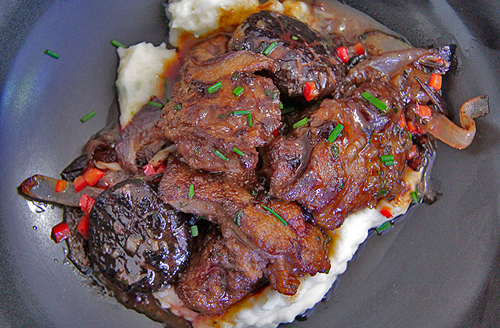 I liked liver. Now, I have a even better appreciation for it. I guess I will have to save my chicken livers to try this recipe out with them.