Redux and Update: J — Last Fall when Scrivner at Azolla Farm gave us a huge basket of sunchokes, he said it didn’t matter how many we took. He was expecting to harvest about 2000 pounds. We didn’t need that much. This soup/puree/shooter has a very nuanced flavor … you keep trying more. It’s so seductive. Wow.

J – This soup is unexpectedly good … 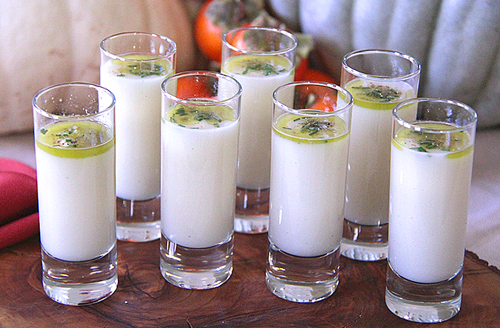 and much lighter than you would imagine. That’s the unexpected part. This started out as a “what else can we do with sunchokes” conversation. See, we got all these sunchokes from Scrivner at Azolla Farm … a big mound of them. He was just starting to harvest what he estimated was going to be between 1000 and 2000 pounds! 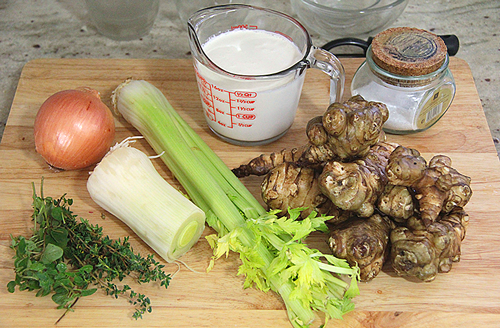 Soup sounded interesting. That would use a couple of pounds at least.

This dish takes very little time to prepare. The most time is consumed peeling and cooking the sunchokes. Of course, all our peelers were dead, dead! So, Luke used his knife … not amused. Note to self, replace peelers.

Be sure to leave the sunchokes in water after peeling. They turn dark quickly.

Make this dish early. After cooking and blending, you can hold it warm for a good while. If you do hold for awhile, you may want to add more cream before serving. Finish with crème fraiche and chive oil when you serve.

This was kind of fun served in shot glasses … but, you do need the small spoons. 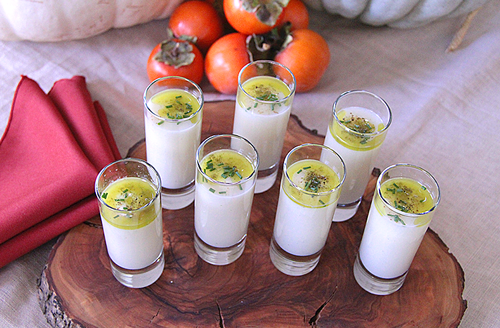 Thanks, Luke, for this great idea. It was really tasty!