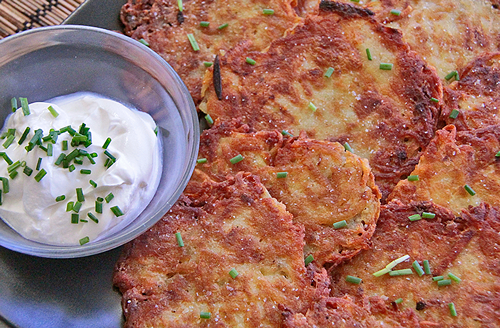 Of course, a couple of my girlfriends from previous lives … and their mothers … will be laughing hysterically. Not because duck fat is so non-traditional… which it is … but, because it is so me. I was always messing with tradition. 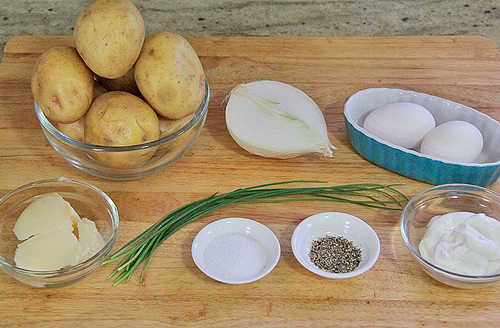 But, that’s another story …

This time duck fat is SO right.

Latkes are basically a once-a-year dish. So, why not have them taste as delicious as they can. Frying any style of potato in duck fat takes it to a whole new level.

On a duck-fat side note, it is reusable two or three times depending on what you cook in it.

Duck fat also freezes well. All the sediment from the previous cooking goes to the bottom, where it is easily removed next time you use it.

The only “technique” for this dish is to squeeze out as much liquid as possible before mixing. Makes a big difference. 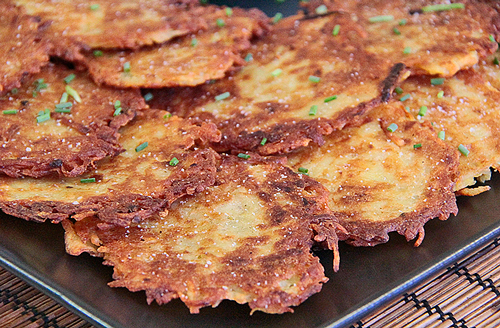 These are very rich latkes. So good!.