So he decided to make pickled cucumber spears for me.

“They aren’t going to be as crunchy, but they will be just as tasty,” he said. 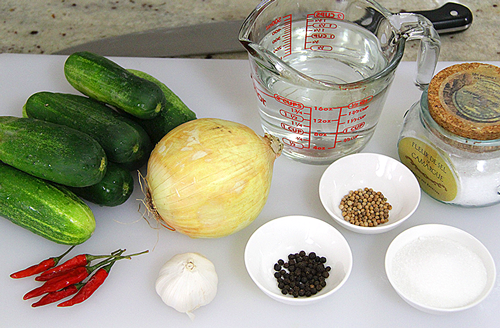 I did care about the crunch factor. But, I also wanted pickles and needed my fix. Yes, lets make the spears. It was as easy as the whole dill pickles and a similar recipe.

Cutting pickling cucumbers into smaller pieces made these pickles a lot different than the whole variety. Since the cucumbers were cut smaller, they really absorbed the pickling brine faster and better.

They were really flavorful pickles. I was a little disappointed that the pickles weren’t as crunchy. But, Luke did warn me.

I didn’t enjoy eating these just by themselves as much, since they weren’t as crunchy. I did love them with a pastrami sandwich.

The balance of salty, spicy and sour tastes really paired well with the huge amount of salty meat in the sandwich. 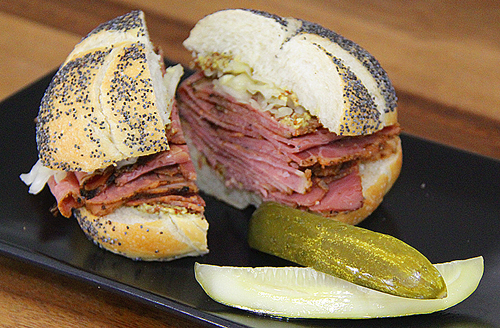 Thanks Luke for making these. I just couldn’t wait any longer. Two weeks was a long time … but, not as long as a whole month!