J – I’ve always been intrigued by the thought of eating squab. 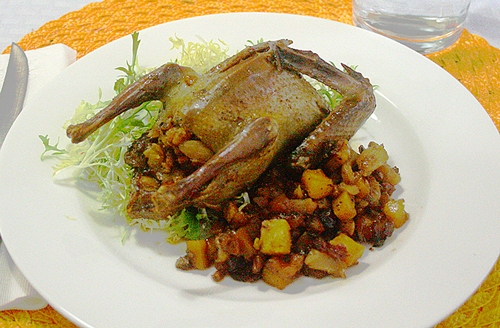 Seemed so exotic and elegant. Like one of those movies where everyone is eating, drinking and being decadent. Sounds like fun. Alas, I never got around to ordering them or cooking them. No idea why. Squab have always been a mystery to me. So, it was time to push boundaries. I researched it. Squab are just young, domesticated pigeons, for crying out loud! 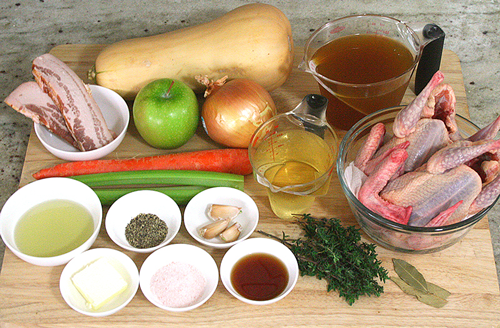 That said, I was even more interested after doing the research. People really seemed to like them. All dark meat. Tender, moist … if cooked right. Richer than most poultry. Might lend itself to the rustic hashes we’d been doing. Could be worth a try. 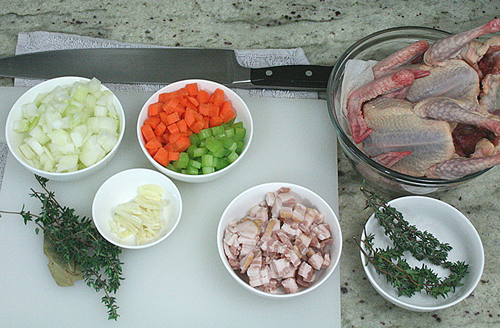 Better ask Luke, just to see if I was missing anything … I wasn’t. He suggested braising them, stuffed with a hash. Actually, you braise them with herbs stuffed inside. Then, you remove the herbs and finish them with the hash stuffed inside. Braising with the final stuffing would make for a gloppy bird on the plate.

Got the squab at our favorite poultry supplier, New America Poultry, here in Sacramento. They were fresh, never frozen. Nice. That was actually not surprising, considering the chickens I get there. Seems like they “process” squab about once a week. Off to a good start. 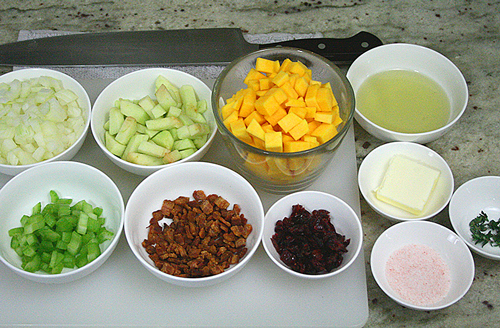 Brown and braise the squab. Make the hash. Stuff the birds and bring them up to a serving temperature. None of the parts take all that long, and the first two can be done at the same time. Allow about 2.5 hours for the whole thing.

The squab were delicious. The rich density of the meat and the hash were great companions.

For the future, I would probably make a simple, reduced sauce from the braising liquid. 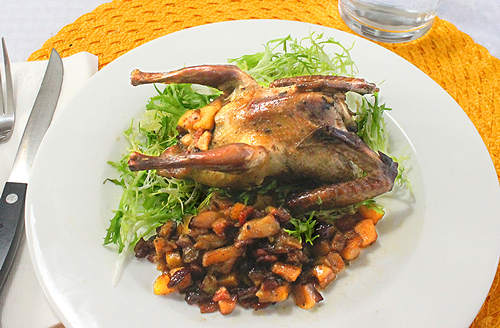